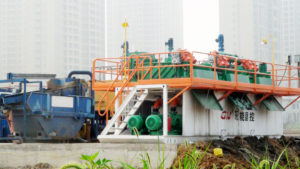 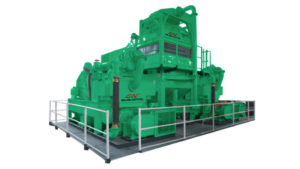 5) For Most of the projects, desilter cone is enough for the applications, but for some projects with much clays, decanter centrifuge with flocculation will be used to separate fine solids up to 1 microns. So that most of the solids bigger than 1 microns will be separated out, the discharged water will be very clear.
The dewatering unit could be a lot of options, with flocculation mixing device or coagulation mixing device, everything installed inside 20 feet container or nude on the skid.
If you need dredging slurry separation solution, pls contact with GN solids control.